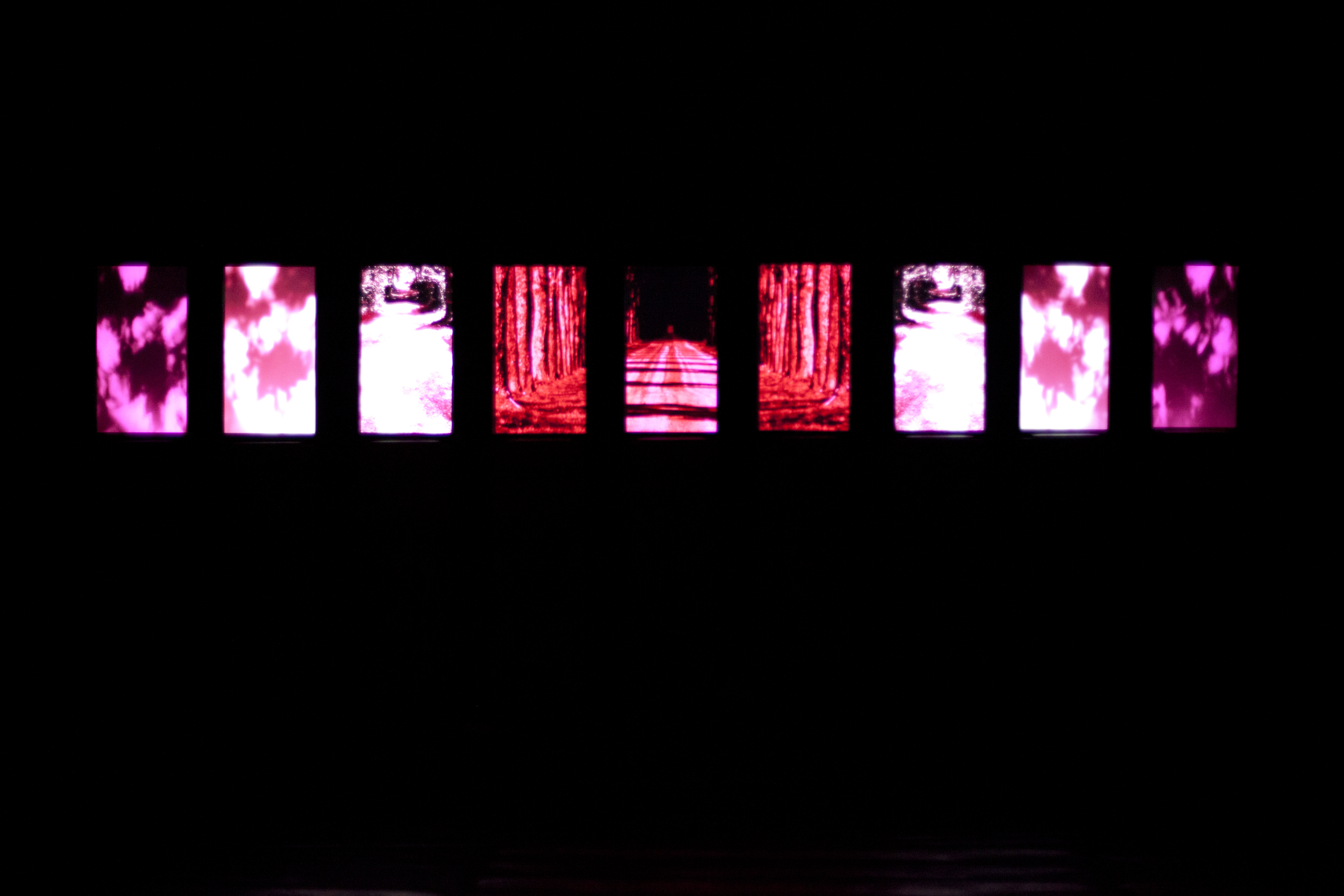 The ever-changing practice of Richard Bolhuis is constantly in touch with the here and now. Instead of letting one art form define or encompass his body of work, he finds meaning in practicing several disciplines (music, drawing, film, land art, performing arts) without clutching to any of them. He reacts to the circumstances, the architecture, and natural surroundings. His visuals and music are driven by a sense of mystery and in a constant amalgamated flux. Instead of working within a carefully constructed concept, Bolhuis embraces the boundless possibilities of an exhibition, all the while embracing the unknown.

Earlier this year his solo exhibition Ancestral Roots was held at the Hundred Years Gallery, London. His installation Twilight Bliss is part of the exhibition Ook Romantiek in Groninger Museum. In the summer of 2018 his solo exhibition Underground Bliss will be held at Museum De Buitenplaats, Eelde.