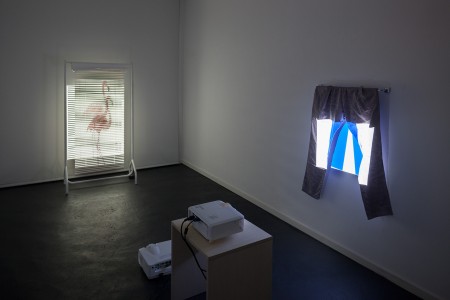 ‘Follow the Trail’ a solo exhibition by artist Richard Lockett presents new drawing, sculpture and installation in conjunction with works produced in his final year of MA Computational Arts at Goldsmiths College, London.

Most striking about Lockett’s artwork is his attempt to reconstruct subjective experiences in a sculptural and spatial manner. Lockett’s materials are drawn from his domestic surrounding – found objects such as a clock or venetian blind mingle with symbolic, technological and manmade elements. These allegorical arrangements form a fragile visual language connecting different memories and scenarios for the artist.

The works propose the viewer to cast a different eye on the familiar and on the magic of the mundane.  His abstract drawings can be perceived as emotional and meta-linguistic thought patterns refusing a one-dimensional reading.  Their most crucial aspect is the rhythmic deconstruction of the forms established in his sculptural work.