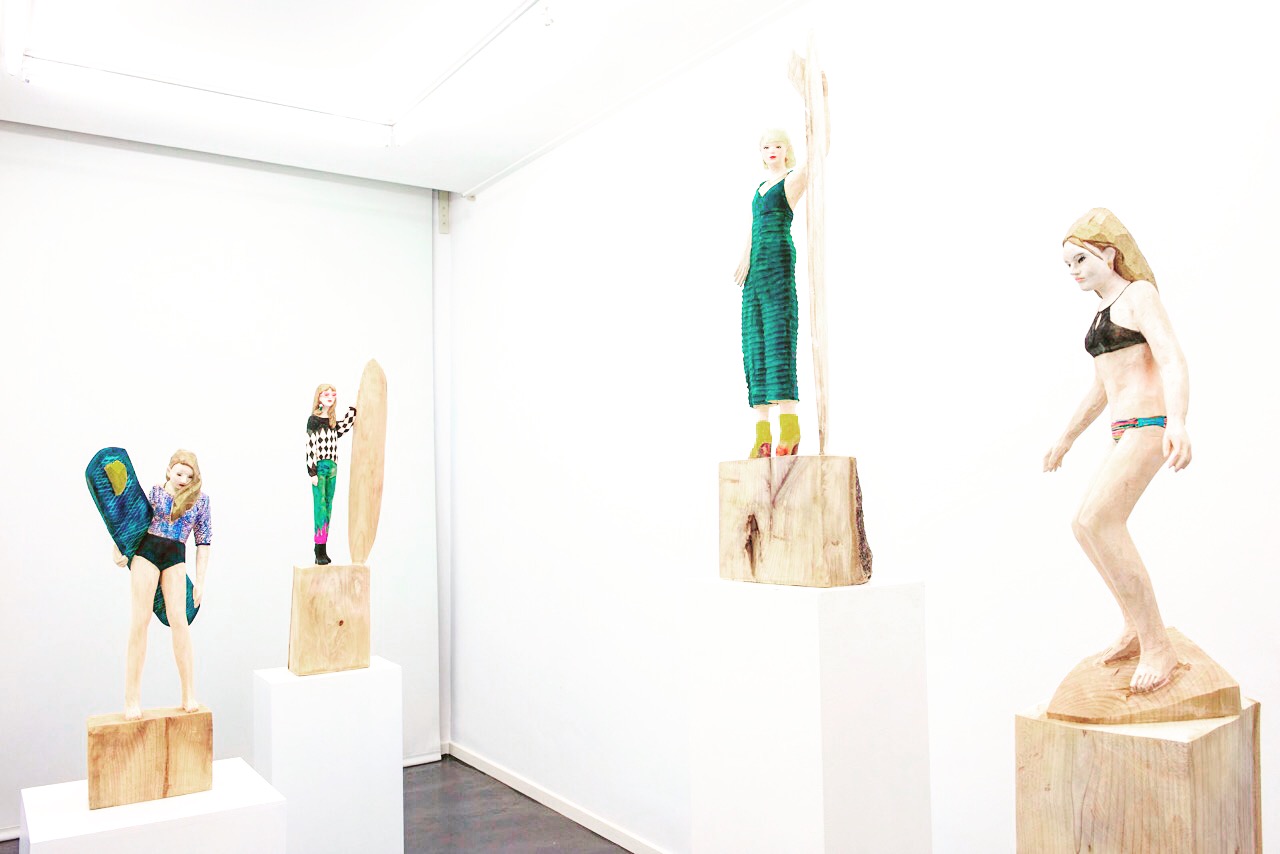 Marian Cramer is proud to present the fourth solo show with new works by the Japanese artist Hideki Iinuma (Nagano, 1975).

Iinuma belongs to the young generation of Japanese artists who critically analyse the current changes through his sculptures. The girl-image evolved from Neo-Pop forms his main inspiration, as does the changing perception of women in Japanese society. His figures carved from Camphor wood, often exuding a hint of ostentatious sexuality, mostly represent models from Pintarest and Instagram. For women in Japan as for those in Europe these young women are becoming more and more ‘muses’, fashion icons.

Iinuma won the Ernst Barlach Prize 2005 and exhibits internationally. In 2016 Hideki Iinuma had a large solo exhibition FIGHTING THE GODDESSES at the Matsumoto Museum Nagano, Japan.