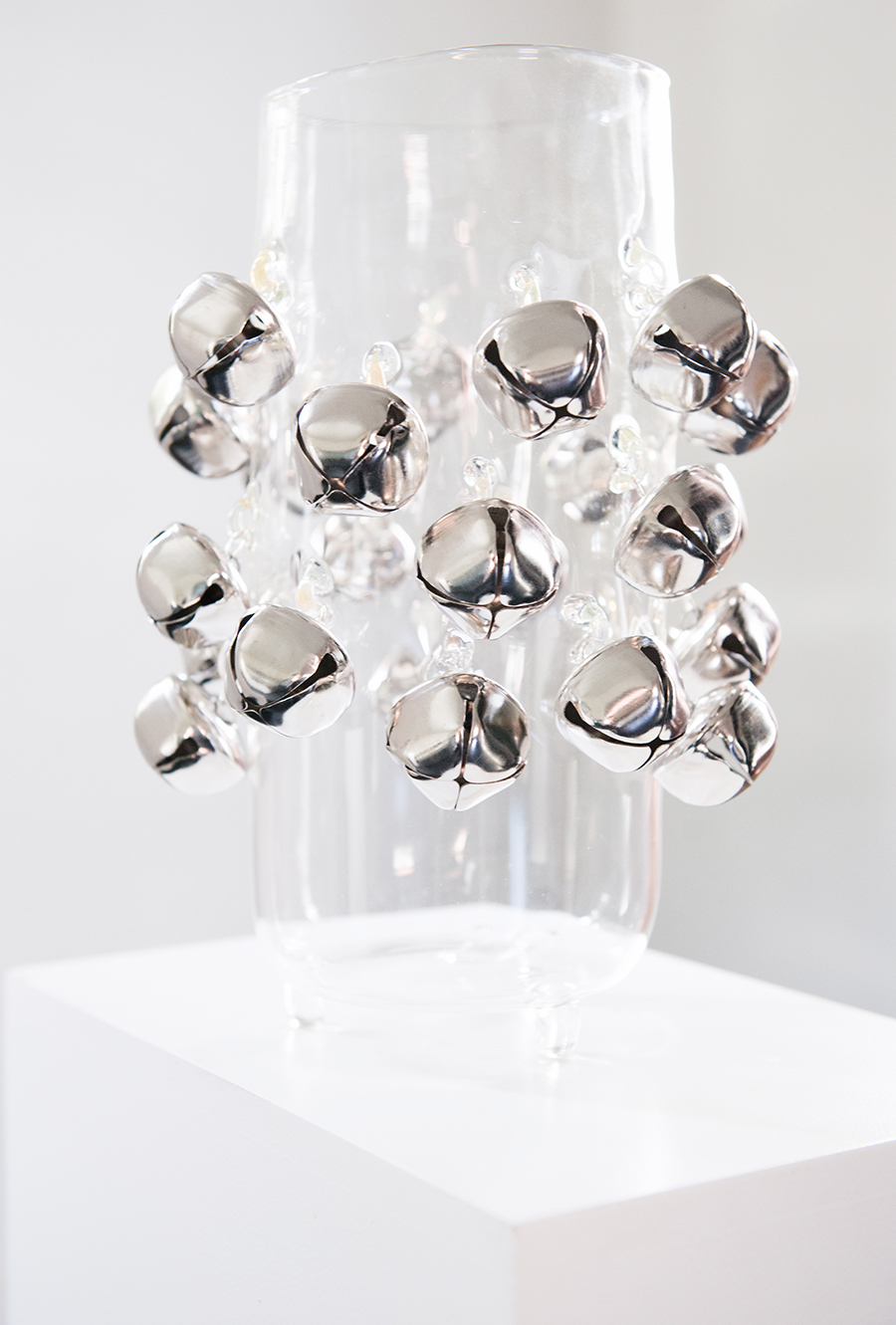 Continuing his motif of the ‘hermit’, Healy places the character in the role of commissioner for a series of fantasy interior spaces. Rendered digitally, these interior spaces focus on classic and contemporary lounge and reading chairs. These chairs by designers such as Gaetano Pesce and Toshiyuki Kita are paired with reading stands and candle holders designed by Healy – creating interior spaces for being still and solitary reading, isolated from the outside world

The book stands reappear as objects in the project space over which a select number of books from Marian Cramer’s library are displayed. These objects are accompanied by glass objects embellished with bells, continuing the notion of enforced stillness.

Richard Healy lives and works in London. His work encompasses a number of media including video, sculpture, installation and print; central is the role of function. Embodied through simulations of design, his practice frequently engages with digital technology as a means for artistic production and with it the acts of labour that are obscured beneath.

The Great Indoors follows on from his recent video commission Lubricants & Literature which is currently part of the LUX touring program Cruising Ground featuring Rosalind Nashashibi and Derek Jarman.