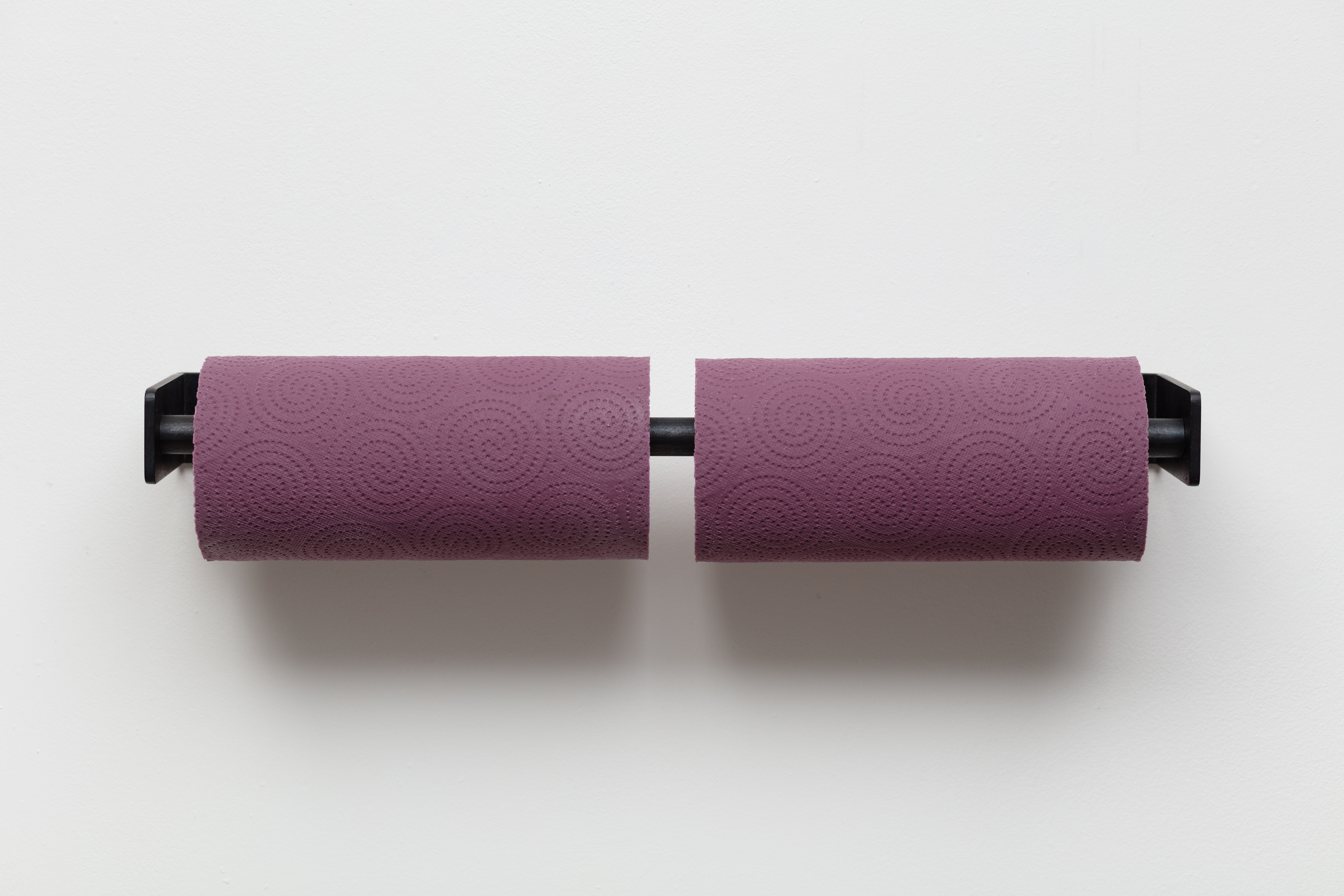 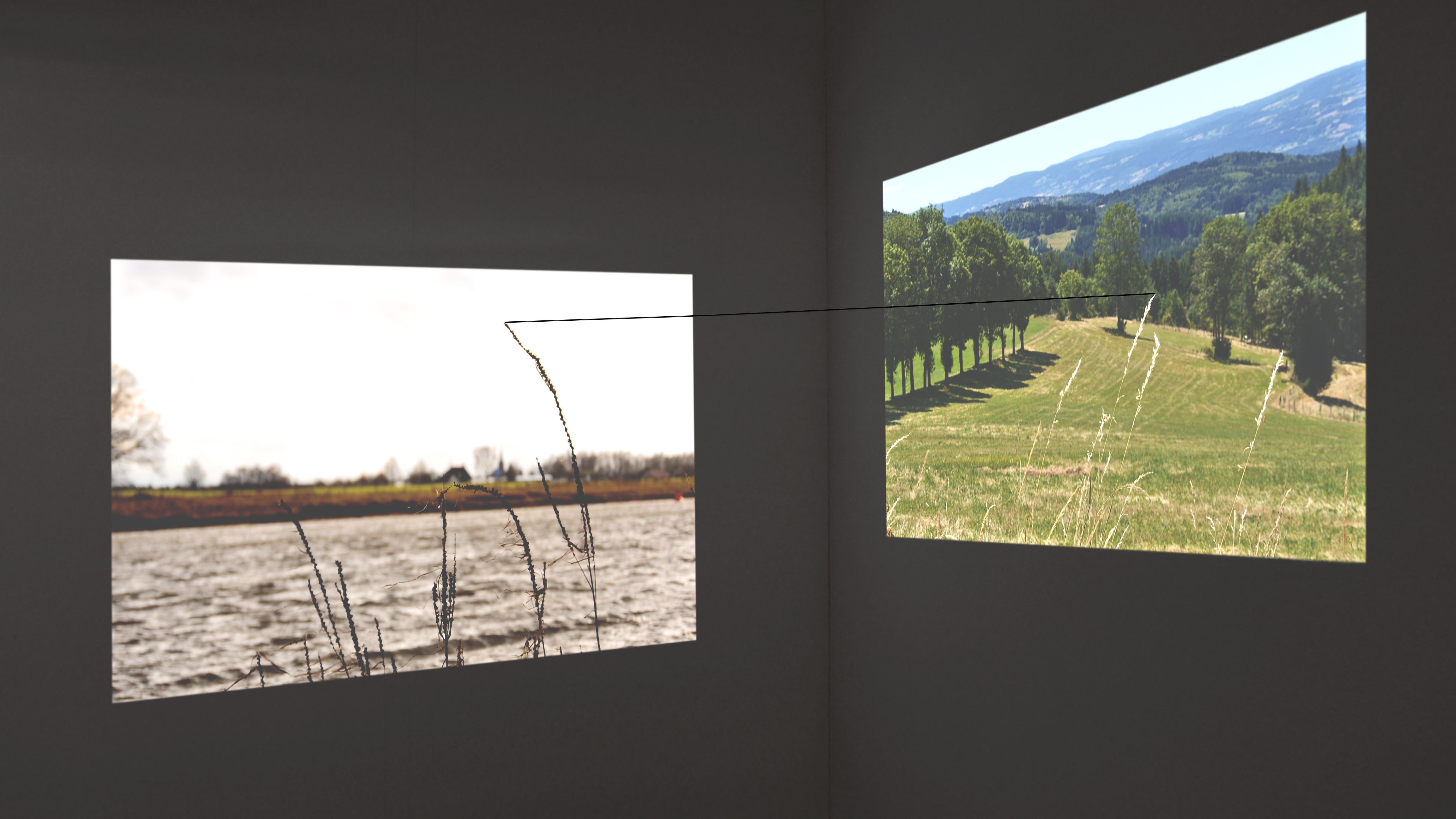 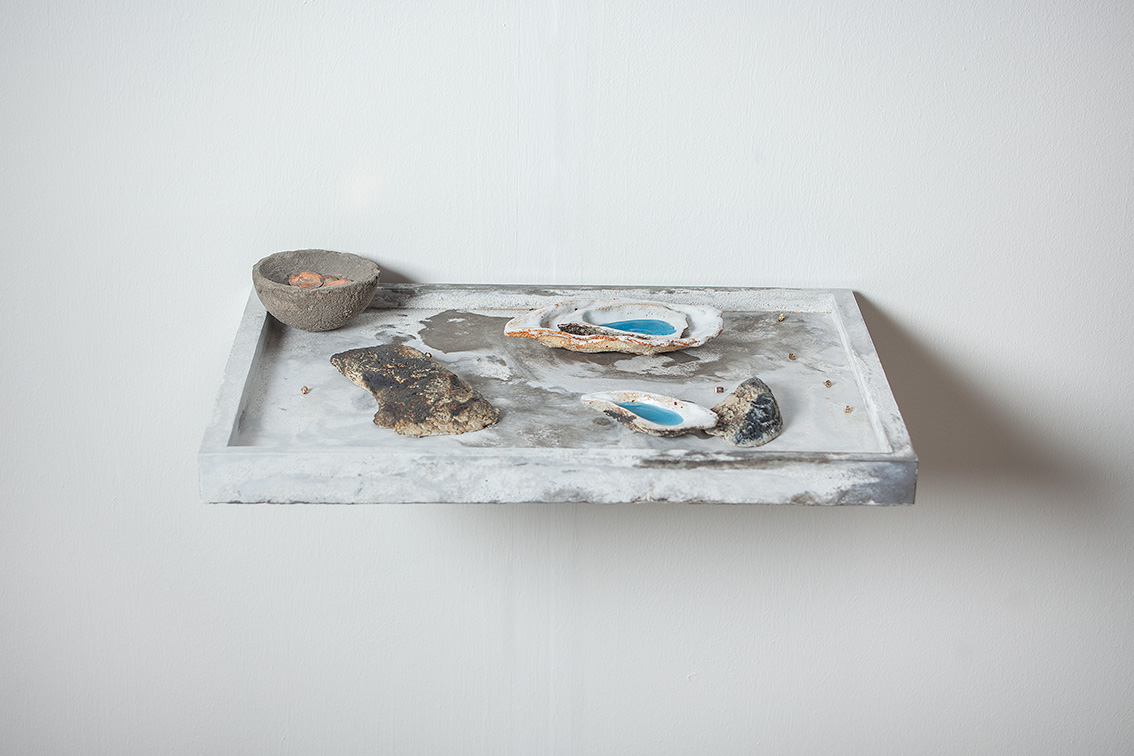 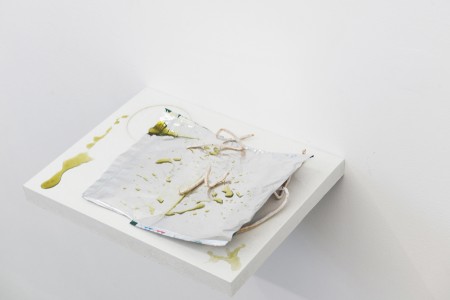 Adam makes sculptures intended to be experienced close-up and draw people into their intimacy. Borrowing from the world of the health and beauty aisle, domestic space and contemporary anxieties, the works often make use of tactile and sensually appealing materials.

Through the methods of their making, these objects are usually intensely handled and worked, resulting in a contrast between cleanly polished surfaces and hands-on grubbiness.

Leks is suggestive of personal space played out in public; cosmetics counter makeovers, the smell of body odour during rush-hour, hair salon shop fronts, eating on airplanes; experiences that for the most part are carried out in privacy – grooming, feeding, tending to the body – exacted in public and their relative pleasures, rituals and awkwardnesses.

Victoria Adam (b. Somerset, 1983) lives and works in London and graduated from Royal Academy of Art in 2015.