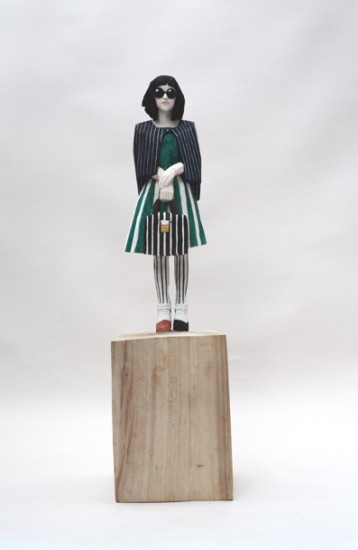 Iinuma who recently received First prize at Rokko Meets Art 2013, Kobe, Japan, belongs to the young generation of Japanese artists who critically analyse the current changes through his sculptures. The girl-image evolved from Neo-Pop forms his main inspiration, as does the changing perception of women in Japanese society. His figures carved from Camphor wood, often exuding a hint of ostentatious sexuality, mostly represent models from newspapers and magazines. For women in Japan as for those in Europe these young women are becoming more and more ‘shapeshifted’ fashion icons.