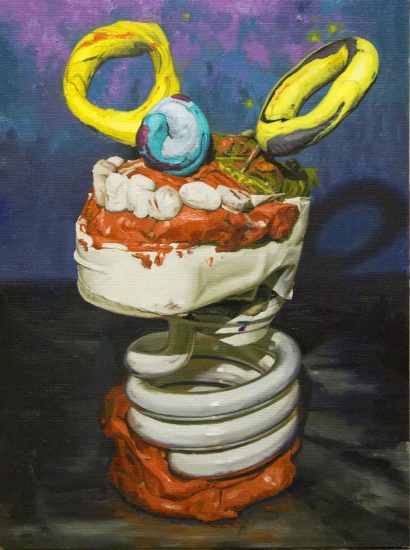 Utilizing the materiality of paint and the viscosity of oils has been a key element for painters’ practices over the centuries. Starting with Titian in 16th century Italy or Peter Paul Rubens in Belgium, elaborated by Diego Velázquez in Spain, and Rembrandt or Johannes Vermeer in The Netherlands, the need to accentuate the physical attributes of the imagery has been driving the progression of techniques and feeding the sprouting of new painterly styles and movements.

The works comprising PAINT DOH are elevating such efforts to new heights by exclusively focusing on the depiction of the modeling materials and their spatial properties. Sculpted into recognizable, pop culture icons (Ron DeFelice), molded into the cast of peculiar characters from artist’s own universe (Jonny Green, Peter Opheim), used to abstract human form (Einar Lúðvík Ólafsson), or employed as a connecting element between abstraction and representational figuration (Mariah Ferrari, Attilio Esposito), the works are playfully exploring the existential relationship between the material and pictorial sphere through a medium of painting.

Inspired by iconic toys and cartoons over the years, along with his reverence of nature Ron DeFelice conceived the idea to produce whimsical worlds on painted canvas. DeFelice uses plein air field studies, clay sculptures and studio painting to build a stage for his characters in these natural environments. He further enhances lighting, color and composition through digital design

Rendering these amorphic clay characters with texture and monolithic proportions allows him to achieve a deliberate contrast to his painterly landscapes. As a result Ron DeFelice is able to conjure up these impossible realities that radiate weirdness and positivity. It is his hope that the viewer will feel a connection to this happy amalgam of nostalgia and fantasy.

Attilio Esposito attempts to create suspended images in the embryonic state that could find their development within the personal thought of the observer.

Esposito creates works that allow him to build a link between abstraction and a more academic kind of painting, condensing movements, lights and colors in the metaphysic theatre of the canvas.

Fabricated sentience is explored in Mariah Ferrari’s paintings as figures are given only the sensation of touch. Hyperreal color and lighting bring the figure’s ground to life, pushing the plausibility of the environment while bringing attention to its utter absurdness. Water saturates both the figure and the ground, recalling the soft still surface of water before submergence and provides opportune moments for painting. The clay like figures interact through playful touch and slippery movements, contained in a dreamlike state of unreal color. Smoothing over the figure are clear and clean brushstrokes, allowing for paint and color exploration. This challenges our perception of sentience both in actuality and simulation, calling into question the sensory event of being alive.

Jonny Green makes paintings of sculptures… Mad-men rendered crudely in plasticine and electrical tape or abject-looking re-animated brains adorned with filthy paper flowers and grubby clockwork parts. Each depicted object/character seems to be demanding recognition and validation from the viewer in spite of their manifest flaws, they seem to be trying to adorn themselves in an attempt to make their appearance more palatable. In contrast to the gleeful, almost slapdash making of the sculptures, their subsequent rendering in paint is meticulous. Green explains this approach as ‘an attempt to dignify and document or give testament to something that seemingly lacks dignity or a voice’. The resulting paintings are both still-life and portrait, animate and inanimate. As viewers we experience a kind of cognitive dissonance as we are simultaneously attracted and repelled by them at the same time.

In his work, Einar Lúðvík Ólafsson deals with what it is that defines our contemporary life. The medium of painting is loaded with history; the many art movements and styles that have occurred through history he repurposes and recontextualizes on the canvas. The whole of art history is used as a language along with contemporary references to speak on our interconnected, contextless and absurd existence. When even though we all carry in our pocket nearly all of man’s collected knowledge, our smartphone, the words “news” and “fake news” seem to become synonyms.  Einar’s paintings critique both society and painting itself. When society progresses and changes so rapidly that people’s time for reflection may not still exist. What should be taken seriously and what as a joke.

BITE THE MOUNTAIN – EAT THE FOREST

This is Plack Mountain

Embrace the discovered night. The sun rounding the globe. Sun and rain. Wind and heat.

I have been to Plack Mountain. 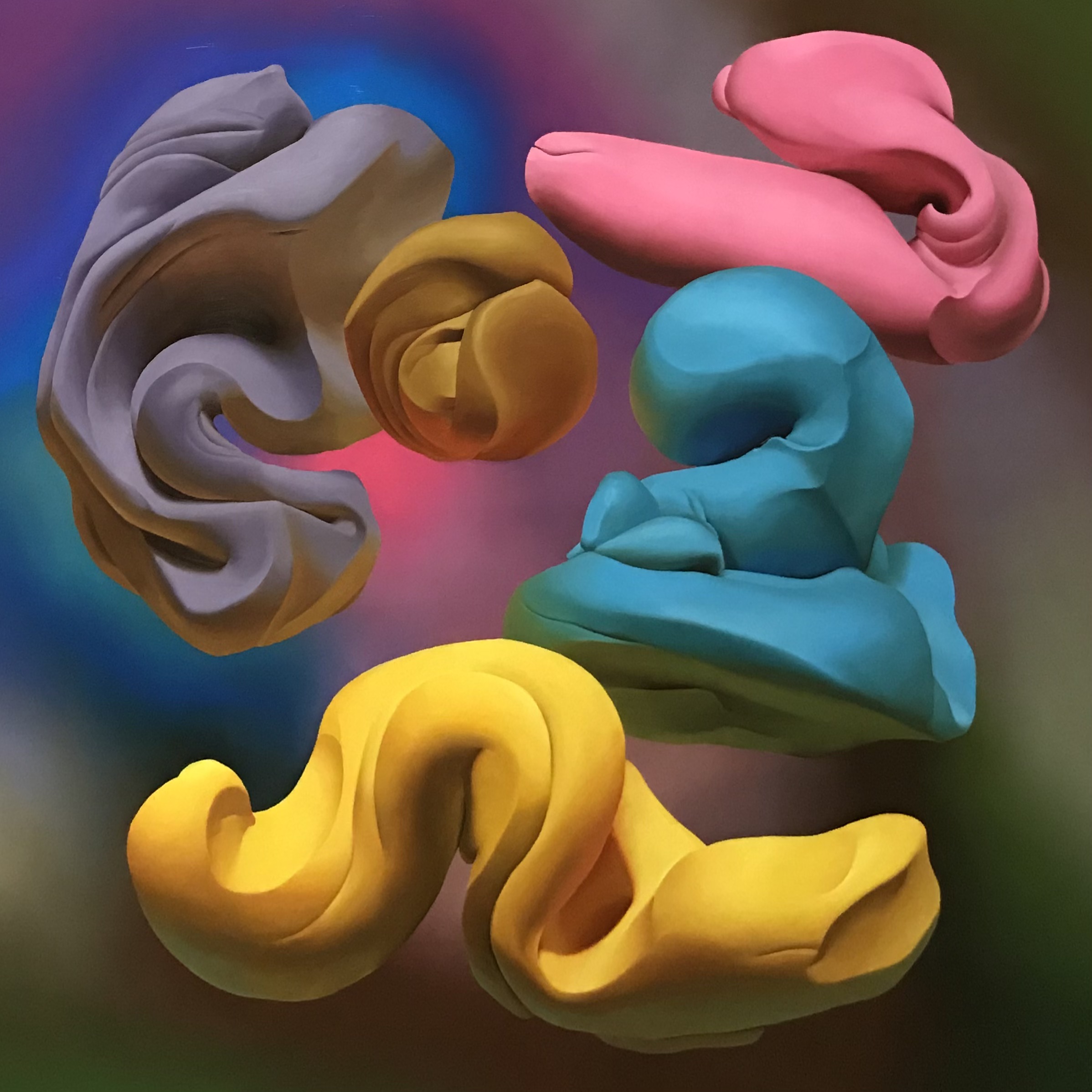 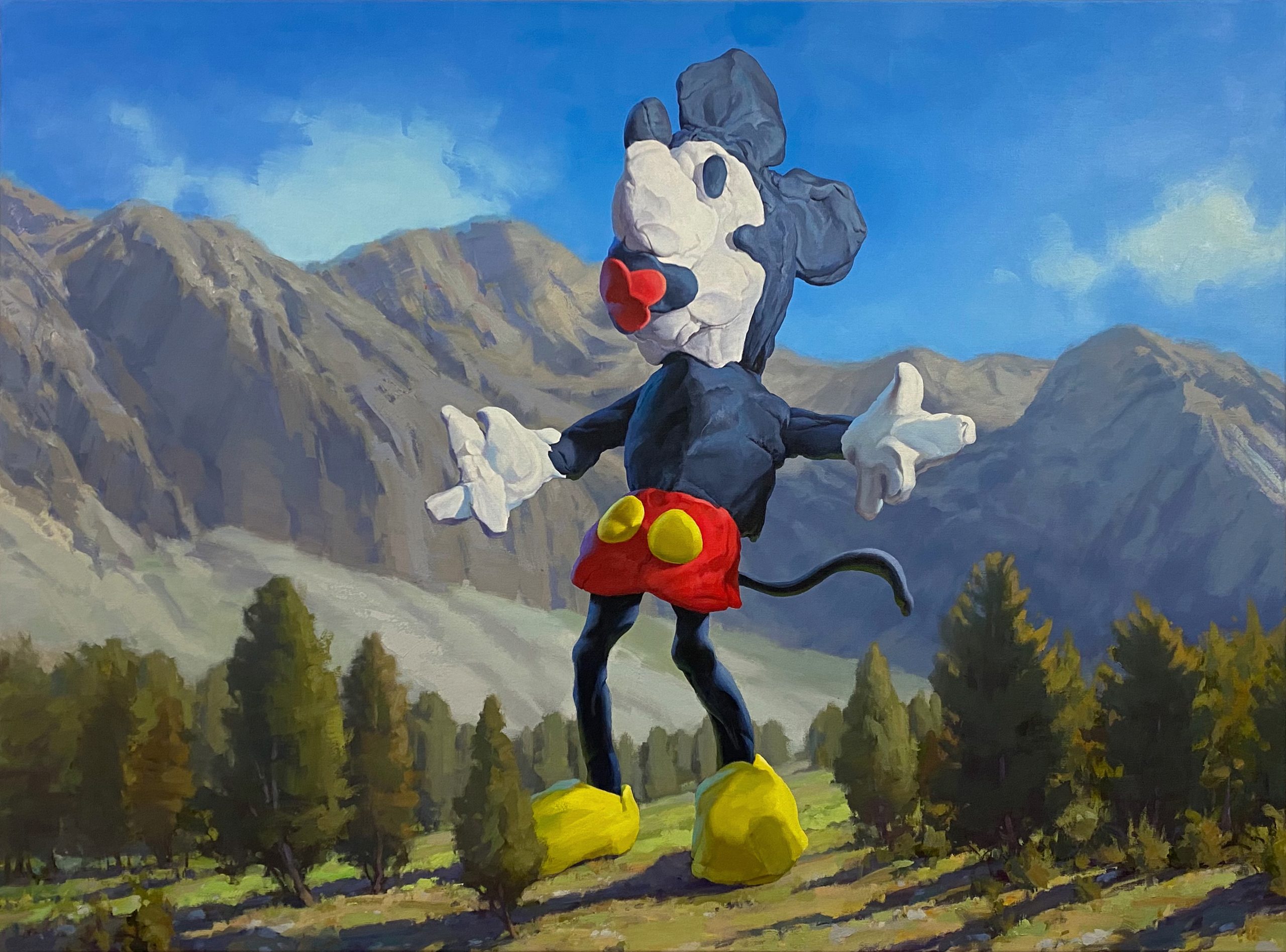 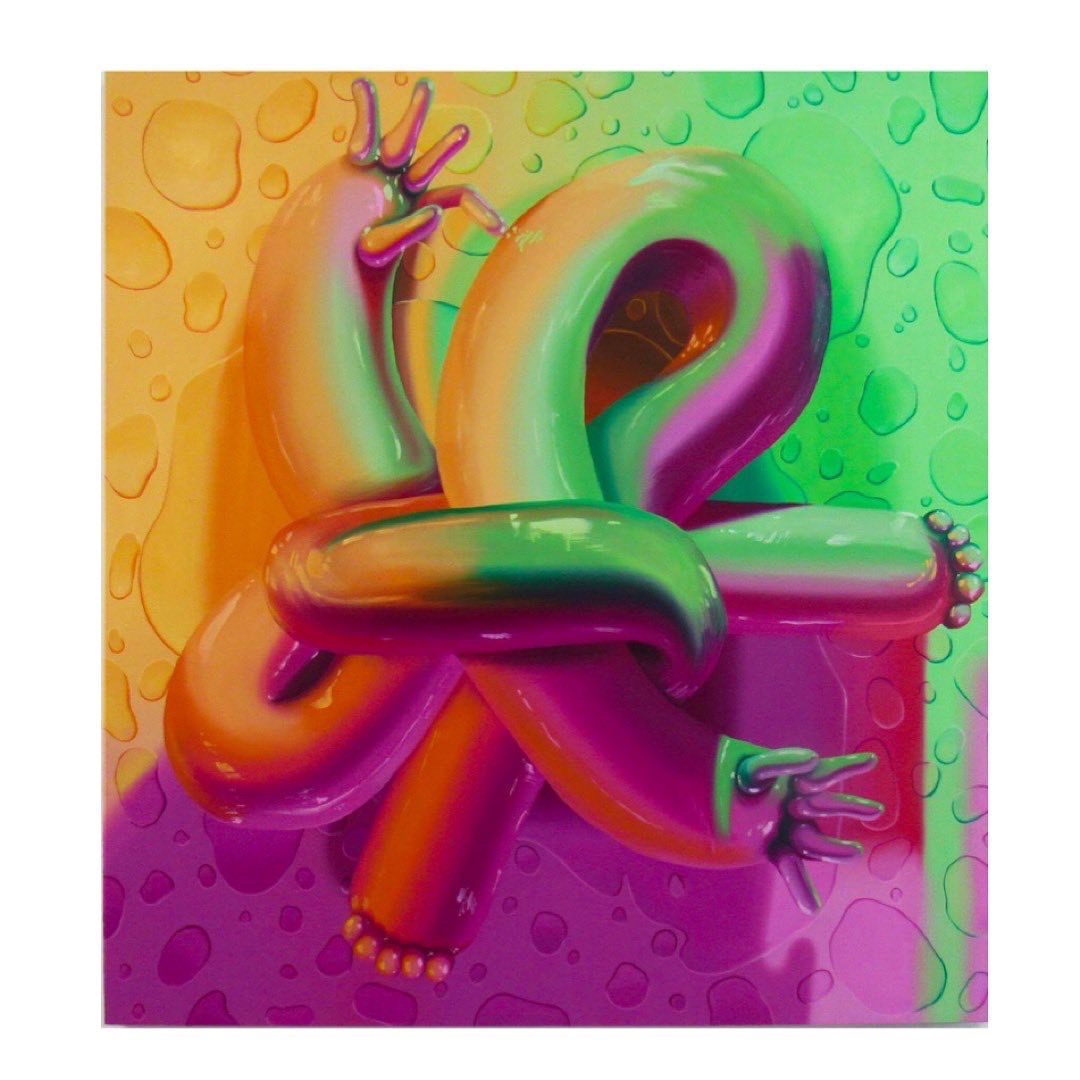 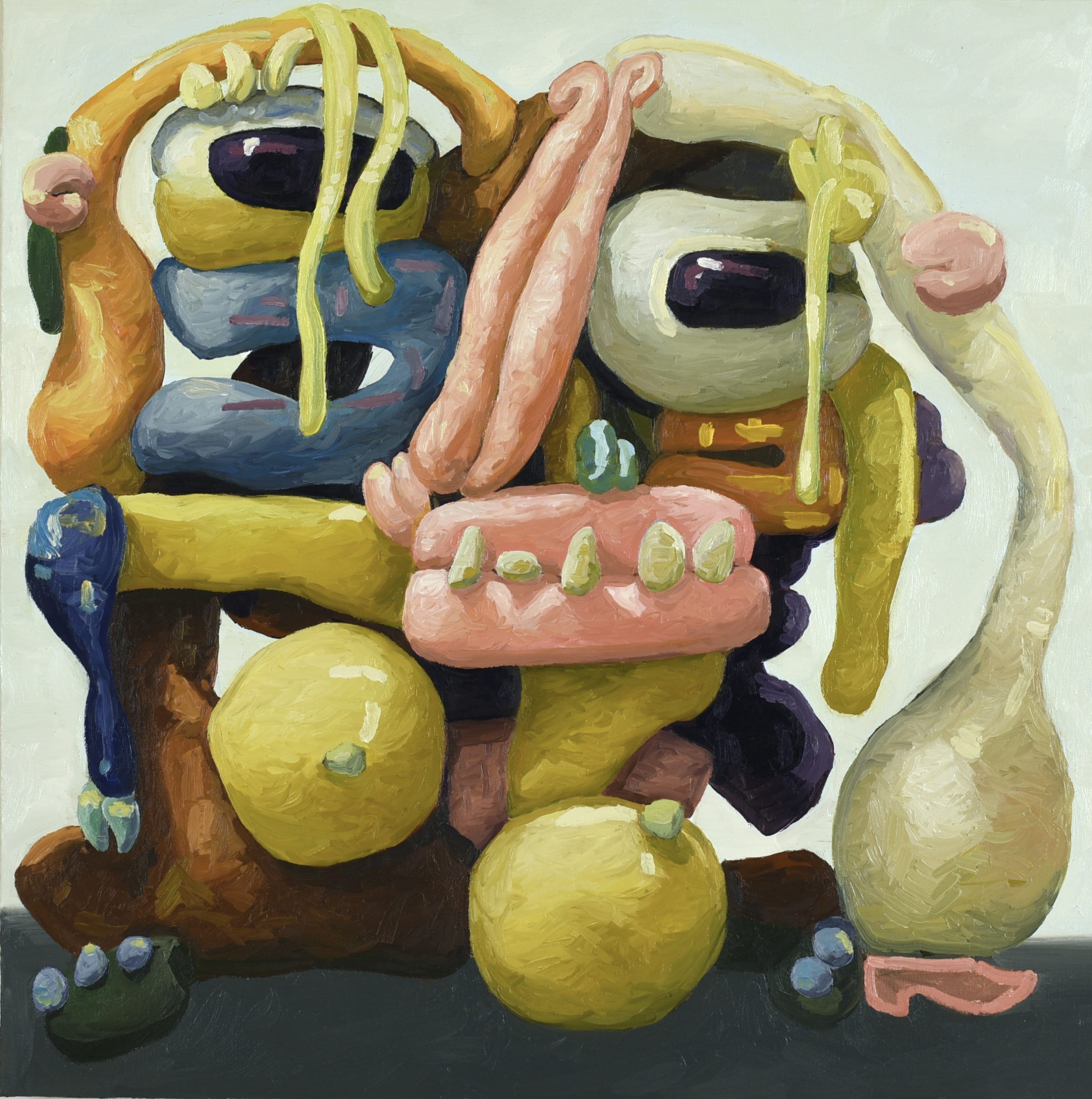 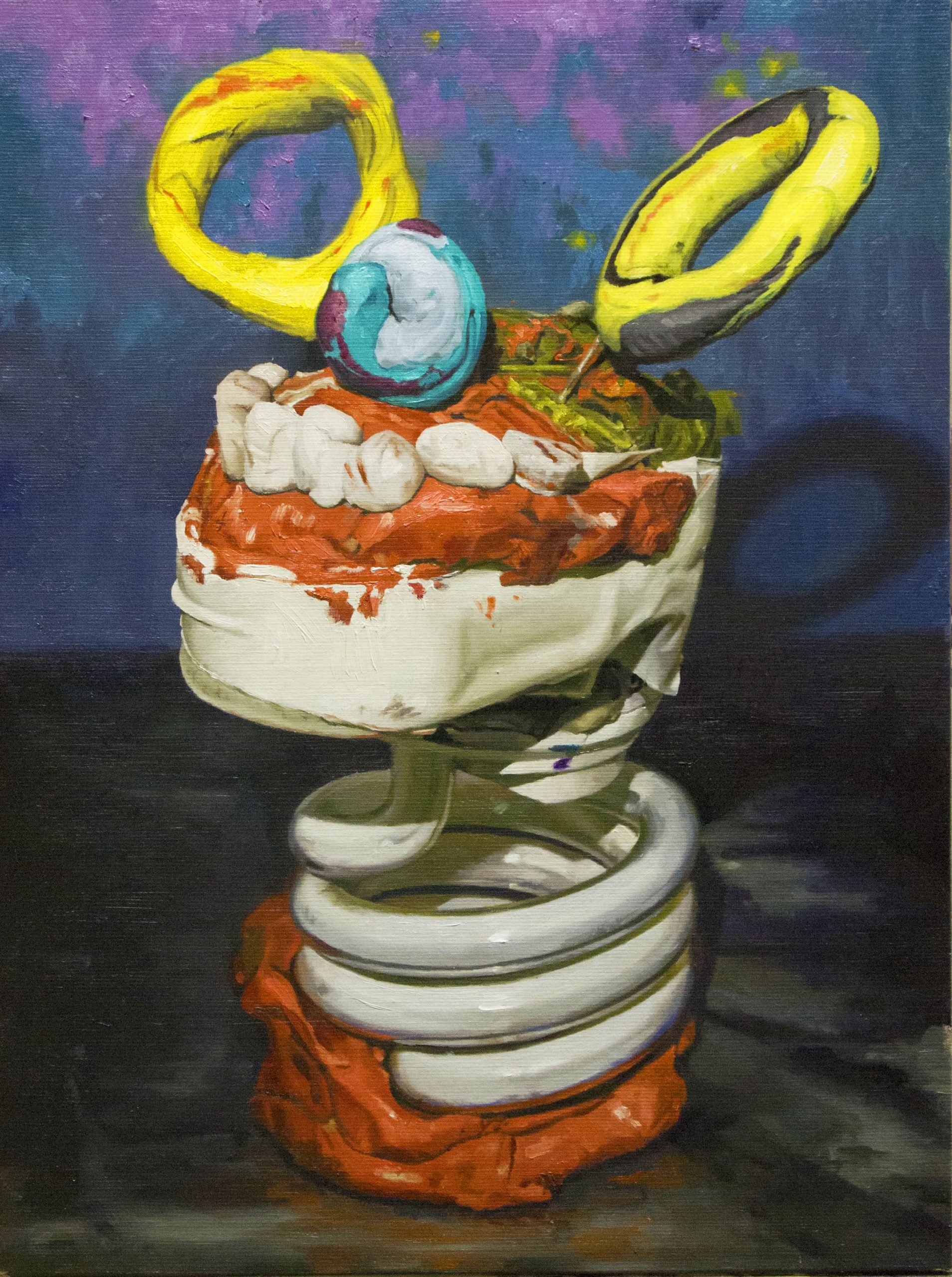