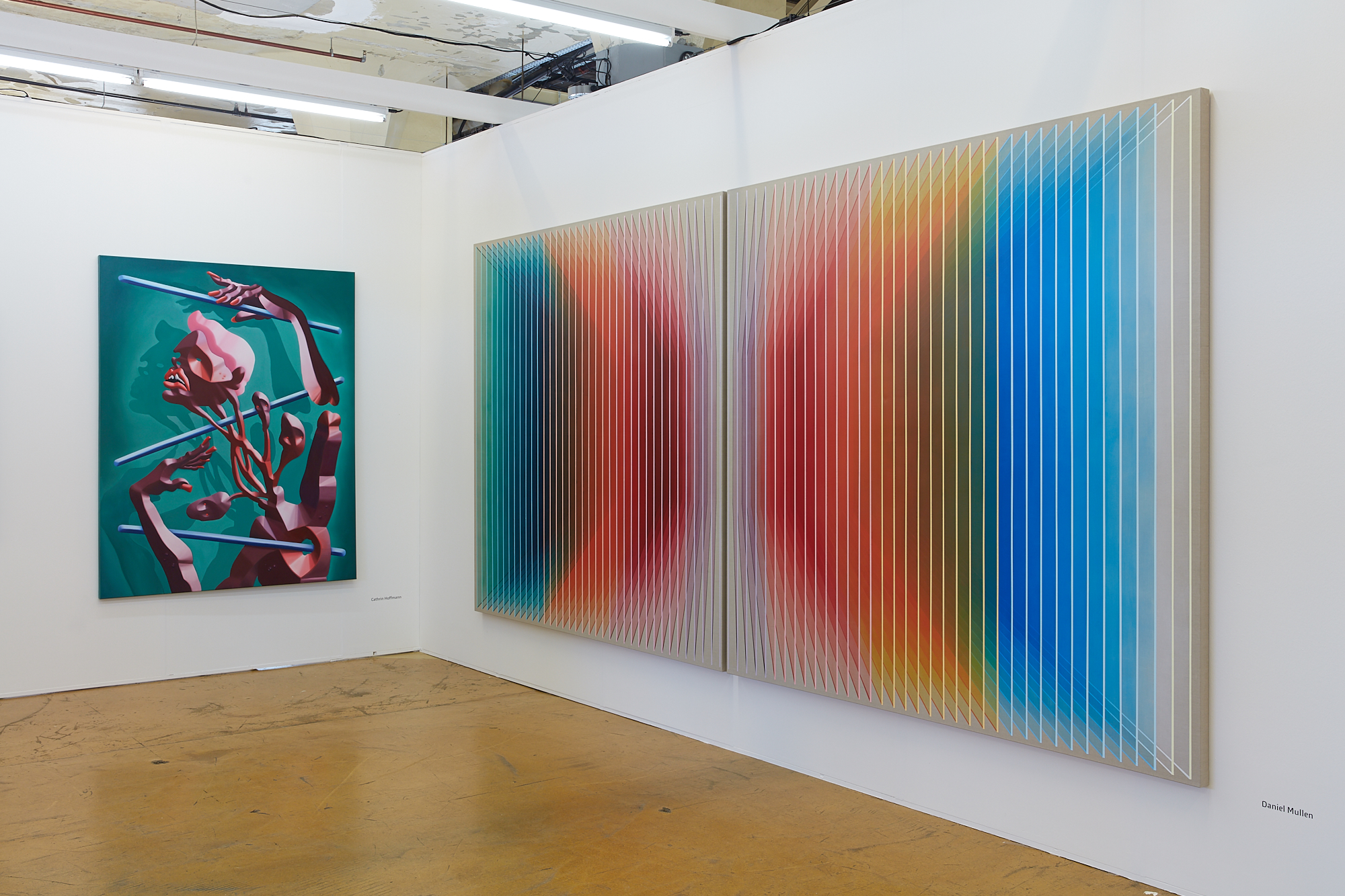 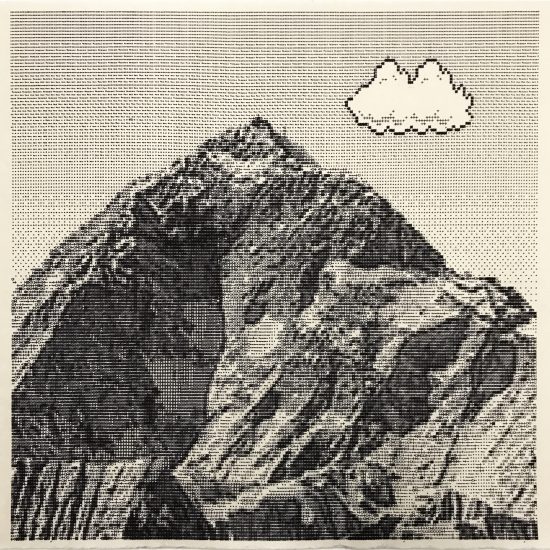 By applying glazed layers in combination with hard-edge painted lines, Mullen (Glasgow,1985) creates layered images that figuratively communicate abstract concepts creating the impression of reproducibility, which is precisely what he seeks to highlight in an era of mass consumption.

In collaboration with his wife, American artist and filmmaker Lucy Cordes Engelman (Washington 1987) Mullen paints as a conduit for her sensorial experience between color and time assisting him on the definition of chromatic matches in their paintings. The couple’s creative process begins by choosing specific dates. Each date turns into a mathematical fraction which results in specific color in Lucy’s brain. Engelman unveils the codes of time, discovering each number’s colors through her very own eyes.

The precise match between pigmentation and geometry present in the synesthesia’s set creates unusual perspectives, and confuses the viewer optical illusion, in a direct reference to the kinetic movement in the 50s. Canvases gain volume appearing to look like an encrustation of dozens of multicolored glass plates that move toward the observer.

Cathrin Hoffmann is a German, Hamburg based artist, who grew up in the 90s

As a visual narrator, Hoffmann looks at our society with the inherent human mortal existence of every individual. IS EVERYTHING A MYTH? That ambivalence generates her artistic tension, which is reflected in the aesthetics of the interplay of certain surfaces and becomes the mirror of our humanity. Smooth and polished with artificial 3D feel, which organically unites into strange bodies. For this she uses those image processing programs, she learned in the course of her education as a graphic designer and misuses those same effects until the pixels evolve into creatures. The artificiality is elevated to the form of life. In keeping with the prevailing cultural zeitgeist, which is characterized by the affinity for a copy, it finally reproduces its digital creation by immortalizing it on canvas in the same way.